Thanks again to all of you who sent letters to the North Dakota Public Service Commission over the past weeks. First, nearly 20,000 of you put the pressure on to hold a public hearing about doubling Dakota Access pipeline oil. On Wednesday, November 13, before a packed house, the Commission held that hearing. Having received another 15,000 letters from you backing Standing Rock’s call to deny the expansion, and after 15 hours of public testimony, the Commission is now deliberating. 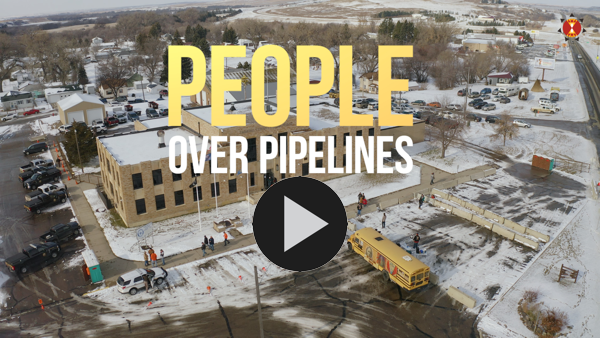 Of course, the pipeline’s operators came prepared with a team of five bigshot attorneys and two engineers, all of whom did their best to obfuscate the implications of doubling oil flow through the pipeline. These Big Oil advocates spent hours talking around the obvious fact that driving twice the amount of oil through DAPL will increase the potential fallout from a spill. Please watch and share our new video, which clearly shows these obstructionist efforts to hide the truth.

After our team combined with tribal leaders and Sacred Stone Camp to organize the grassroots, more than 150 water protectors attended the hearing. Many Standing Rock tribal leaders — including Chairman Mike Faith and several council members — were in the room as well, and most stayed until everything had wrapped at 12:30 a.m.

The tribe put forward three expert witnesses who punched logical holes in Dakota Access’s effort to make expanding DAPL seem safe. Now, it’s up to the Commission to see through the nonsense and make the right decision.

Please stay tuned over the coming weeks. Our sources tell us that the PSC will take its time before making its call. If they understand their duty, they will do effective research and form a proper analysis. We will, of course, keep our ears to the ground and stay in touch with you about the decision and next steps in the fights against DAPL and Keystone XL.

Wopila tanka — thank you for helping us battle Big Oil!

Extinction Rebellion is a leaderless, decentralised, international and apolitical network using non-violent direct action and civil disobedience to persuade governments to act justly on the Climate and Ecological Emergency.

We have the following three demands in most of our territories:

‘There should be no medals for massacres’

Presidential hopeful Sen. Elizabeth Warren, D-Massachusetts, and Sen. Jeff Merkley, D-Oregon, released the Senate companion to the Remove the Stain Act. (**Note: is Warren doing this to clean up her act after not supporting the water protectors at Standing Rock even as she claimed to be a Native?)

Both bills strip for the Congressional Medals of Honor that was awarded to the 20 men in the U.S. 7th Cavalry. The soldiers murdered defenseless and unarmed Lakota men, women and children on December 29, 1890. Also known as the Wounded Knee Massacre.

To rescind each Medal of Honor awarded for acts at Wounded Knee Creek on December 29, 1890, and for other purposes.

Mr. Heck (for himself, Mr. Cook, Ms. Haaland, Ms. Davids of Kansas, Mr. Kildee, and Mr. Luján) introduced the following bill; which was referred to the Committee on Armed Services

To rescind each Medal of Honor awarded for acts at Wounded Knee Creek on December 29, 1890, and for other purposes.

Be it enacted by the Senate and House of Representatives of the United States of America in Congress assembled,

This Act may be cited as the “Remove the Stain Act”.

(1) The Medal of Honor is the highest military award of the United States.

(2) Congress found that to earn the Medal of Honor “the deed of the person … must be so outstanding that it clearly distinguishes his gallantry beyond the call of duty from lesser forms of bravery”.

(3) The actions of Medal of Honor recipients inspire bravery in those currently serving in the Armed Forces and those who will come to serve in the future.

(4) Those listed on the Medal of Honor Roll have come to exemplify the best traits of members of the Armed Forces, a long and proud lineage of those who went beyond the call of service to the United States of America.

(5) To date the Medal of Honor has been awarded only 3,522 times, including only 145 times for the Korean War, 126 times in World War I, 23 times during the Global War on Terror, and 20 times for the massacre at Wounded Knee.

(6) The Medal of Honor is awarded in the name of Congress.

(7) As found in Senate Concurring Resolution 153 of the 101st Congress, on December 29, 1890 the 7th Cavalry of the United States engaged a tribal community “resulting in the tragic death and injury of approximately 350–375 Indian men, women, and children” led by Lakota Chief Spotted Elk of the Miniconjou band at “Cankpe’ Opi Wakpa” or “Wounded Knee Creek”.

(9) Nearly two-thirds of the Native Americans killed during the Massacre were unarmed women and children who were participating in a ceremony to restore their traditional homelands prior to the arrival of European settlers.

(10) Poor tactical emplacement of the soldiers meant that most of the casualties suffered by the United States troops were inflicted by friendly fire.

(11) On January 1st, 1891, Major General Nelson A. Miles, Commander of the Division of Missouri, telegraphed Major General John M. Schofield, Commander-in-Chief of the Army notifying him that “[I]t is stated that the disposition of four hundred soldiers and four pieces of artillery was fatally defective and large number of soldiers were killed and wounded by the fire from their own ranks and a very large number of women and children were killed in addition to the Indian men”.

(12) The United States awarded 20 Medals of Honor to soldiers of the U.S. 7th Cavalry following their participation in the Wounded Knee Massacre.

(13) In 2001, the Cheyenne River Sioux Tribe, a member Tribe of the Great Sioux Nation, upon information provided by Lakota elders and by veterans, passed Tribal Council Resolution No. 132–01, requesting that the Federal Government revoke the Medals of Honor from the soldiers of the United States Army, 7th Cavalry issued following the massacre of unarmed men, women, children, and elderly of the Great Sioux Nation on December 29, 1890, on Tribal Lands near Wounded Knee Creek.

(14) The National Congress of American Indians requested in a 2007 Resolution that the Congress “renounce the issuance of said medals, and/or to proclaim that the medals are null and void, given the atrocities committed upon unarmed men, women, children and elderly of the Great Sioux Nation”.

(15) General Miles contemporaneously stated that a “[w]holesale massacre occurred and I have never heard of a more brutal, cold-blooded massacre than that at Wounded Knee”.

(16) Allowing any Medal of Honor, the United States highest and most prestigious military decoration, to recognize a member of the Armed Forces for distinguished service for participating in the massacre of hundreds of unarmed Native Americans is a disservice to the integrity of the United States and its citizens, and impinges on the integrity of the award and those who have earned the Medal since.

SEC. 3. Rescission of Medals of Honor awarded for acts at Wounded Knee Creek on December 29, 1890.

(c) Return of medal not required.—No person may be required to return to the Federal Government a Medal of Honor rescinded under subsection (a).

(d) No denial of benefits.—This Act shall not be construed to deny any individual any benefit from the Federal Government.

***Note: my personal opinion – the medals should be returned and any benefits cut. Too bad these men are not alive today- they should have faced trial for war crimes and crimes against humanity.

Question: Is the way to fight continued pipeline construction by giving into more construction the way forward? Is that wise? Does that make sense?

Acquiesce and make it pay money for you? Really? Is this fight about getting a piece of the pie?

My home, the Ft. Berthold Reservation, is a web of oil and gas pipelines. Here’s why I oppose the Keystone XL Pipeline.

“At least 18 pipelines cross under Lake Sakakawea. I strongly oppose Keystone XL pipeline because I have seen up close and personal what pipelines can do when they malfunction.”

Keystone: ‘This is what pipelines do: They spill’

No one listens to the people.

No one cares about the land.

Greed and corruption rule the land. 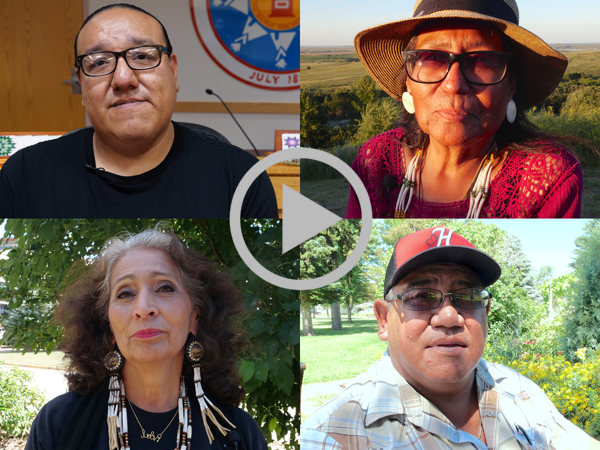