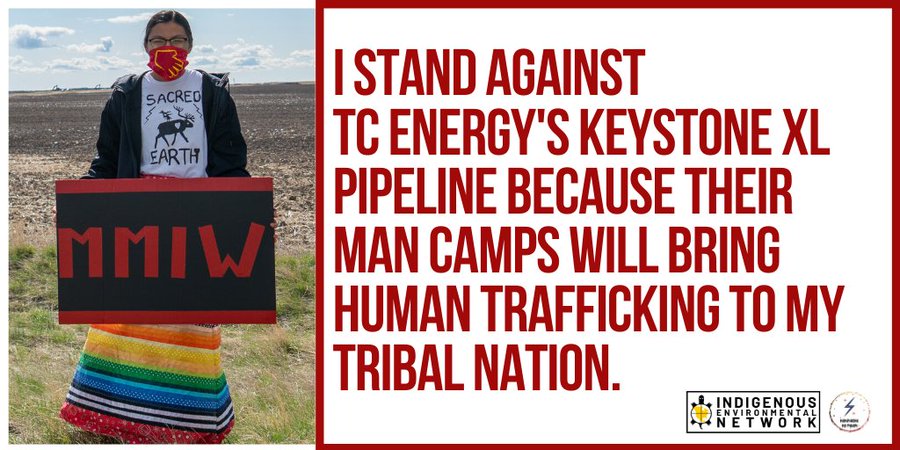 First of all, from my home in Cheyenne River to yours wherever you may be, I hope you are staying safe and well. Over my years, I’d come to think maybe I’d seen it all — but not so! One thing I know is that we’ll only get through this period of separation and hardship by sticking together. So I write to you today with an opportunity to help make a real difference that could save lives.

Please email Montana Governor Steve Bullock and tell him to halt Keystone XL construction in his state during the COVID-19 pandemic. No matter what our president says, KXL man camps do not enable “essential work” — instead they represent cauldrons of potential coronavirus transmission and threats to nearby communities, including tribal nations such as mine in South Dakota. 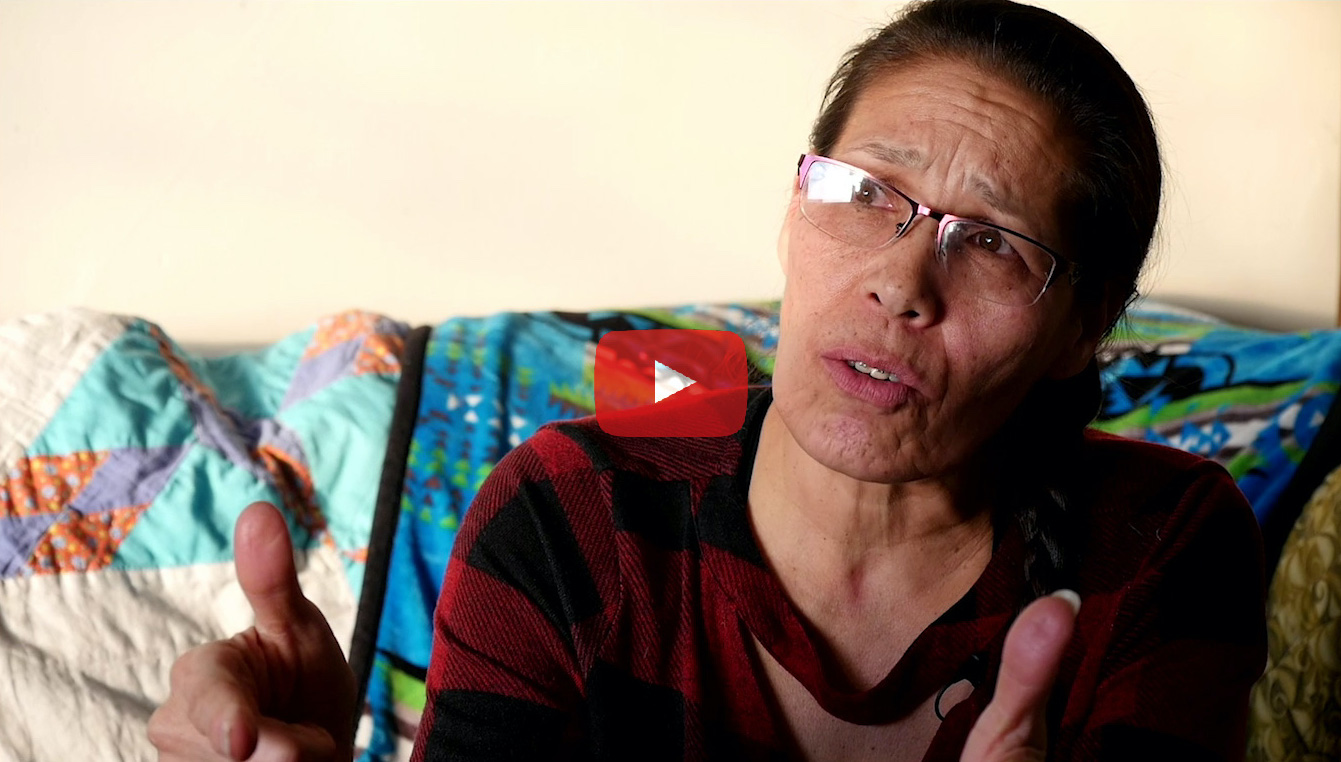 As I have shared with you previously, we Native women have been hard at work organizing our communities to prepare for the dangers KXL poses. The man camps that house oil workers were already scary before we knew they could become petri dishes for the virus. Allowing two of them near our reservation just increases our peril.

But allow them, Trump will. He’s cynically using the pandemic to take full advantage of our inability to engage in grassroots organizing on the ground. On March 31, TC Energy announced a final decision to complete KXL, explicitly thanking the president for giving the go-ahead. Three days later, Trump tweeted his happiness.

Though TC Energy has claimed it will follow procedures to limit the spread of the virus, Republican Nebraska Governor Pete Ricketts has said that he won’t expect workers traveling from out of state to be quarantined. Meanwhile, here in South Dakota, Republican governor Kristi Noem has steadfastly refused to institute shelter-in-place mandates or close businesses, despite 447 documented positive tests and six deaths in our state.

We must lean on the Democrat, Bullock, to do the right thing. He has, at least, waffled on KXL. On the one hand, he said, “Look — if it’s done right, we can’t take it off the table.” On the other hand, he’s commented that the Department of State failed to adequately consider the pipeline’s environmental impacts, and he’s expressed concern about the threat to Montana’s water from a leak or spill. Bullock has also criticized the Trump administration’s failure to adequately consult with Native American tribes affected by the pipeline — a major reason to hope he’ll listen to us now.

It’s worth noting that KXL has many of the same weaknesses in its design and approval process as the Dakota Access pipeline, which — partially due to safety concerns including an inadequate leak detection system — just had its federal permits revoked by a court ruling. Let’s protect public safety and stop KXL construction.

Wopila tanka — I thank you, sincerely, for your life-saving activism!

P.S. I’ll tell you what’s essential: your participation. Please band together with us in calling for an end to pipeline construction during the COVID-19 crisis.

I recently wrote to you about my Tribe’s emergency declaration over Missing and Murdered Indigenous Women and Children (MMIW/C) and its relation to the Keystone XL pipeline’s (KXL) incoming man camps. Today, I want to highlight another effort in my home state to bring about awareness and healing around these ongoing acts of genocide against the heart of our people.

Last month, my sister Mabel Ann and I attended an MMIW action in Rapid City. There, we met Lily Mendoza, co-founder of the Red Ribbon Skirt Society (RRSS), a grassroots collective dedicated to confronting the crisis of Missing and Murdered Indigenous Women, children, two-spirit, and transgender people. In 2019, they opened the MMIW Center for Healing, Prayer, and Remembrance — a small, permanent space to honor and grieve the people our community has lost. We invite you to watch and share our video, in which we interview Lily.

The notion for the center came from an art installation curated just over a year ago. Around Valentine’s Day last year, RRSS hung 70 red dresses on cottonwood trees to symbolize our stolen sisters and relatives. What they discovered was the need for a space our community didn’t have, a space for people to go and reconnect.

Lily, who like me is an enrolled member of the Cheyenne River Sioux Tribe, told us: “People were going there, amongst the dresses, and they were going there to pray and to remember those that they lost or those that are still missing. We’ve felt we need to do this then, to have a space for community to come.”

As you may know, Indigenous women, children, two-spirit, and transgender folks are more likely to be targeted by human traffickers and/or be the victim of a violent crime. And, all too often, when our relatives go missing, they also go missing in the news. But centers like the one in Rapid City can help us keep their memories alive.

Members of the collective also participated in the MMIW Medicine Wheel Ride last year — a massive motorcycle journey bringing together people from the four corners to mourn our lost relatives.

As I work with my fellow grandmothers in the Was’agiya Najin and others to organize our anti-KXL ground strategy at Cheyenne River, I ask you to continue to stand in solidarity with all my sisters. Stay with us for more information about our crisis, and help spread the word about this incredible group of women and their transformative space by watching and sharing the video.

Wopila tanka — my deep gratitude for your care and attention,

As the names of more than 200 missing and murdered Indigenous women and girls were read, people listened in silence, many staring into space or at the carpeted floor of the Alaska Native Heritage Center in Anchorage. A few quietly wiped away tears. Healers burned braids of sweet grass and bunches of sage, waving the smoke onto the half-dozen men reading the names.

Charlene Akpik Apok, Inupiaq, director of gender justice and healing for the nonprofit community advocacy and training organization Native Movement, was emcee of the Vigil and Heartbeat of the Drums for Missing and Murdered Indigenous Women and Girls. She told the audience of more than a hundred people she had asked men to read the names to remember and honor allies in the fight against the loss of Indigenous women.”