I hope this email finds you safe and well. As you have likely heard, the federal government recently passed a $2 trillion emergency relief package to aid Americans during the COVID-19 crisis. We’re so grateful to those of you who sent 13,000 emails to Congress demanding the CARES Act not bail out fossil fuel companies. It worked: the bill was revised — you and others stopped a $3 billion giveaway to oil companies! Other victories in the Act include expanded protections for unemployed workers, coverage for COVID-19 testing, and $64 million in aid to Indian Country. Even under quarantine, you are helping make a difference where it counts.

Despite those wins, Trump announced in a signing statement that he intends to ignore key congressional oversight provisions, leaving open the possibility that he will still earmark billions of dollars for the fossil fuel industry. Thankfully, such signing statements do not carry the force of law. As my comrade Chase Iron Eyes describes in our new video, Congress can take legal action. Click here to tell the House of Representatives to file a lawsuit against the executive branch and stop Trump from following through on his promise to bail out Big Oil. 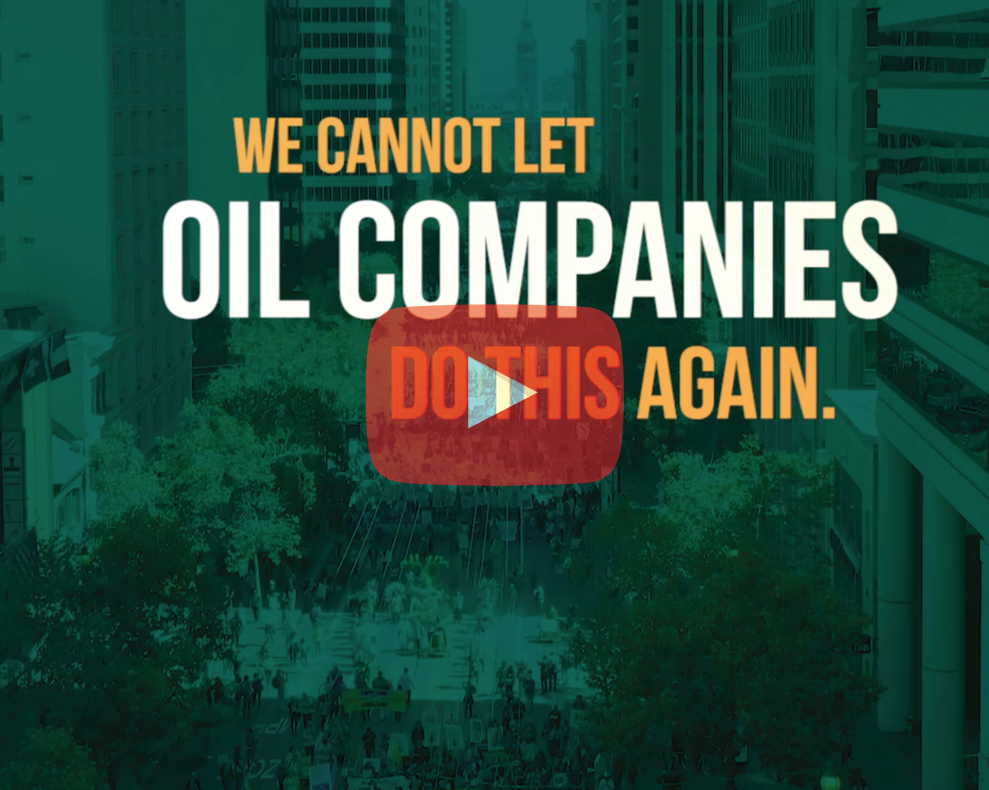 In the midst of massive shelter-in-place orders, we’re seeing how quickly nature can start to rebound — bluer skies, cleaner water ways, thriving wildlife. Mother Earth is clearly sending us a message: we can’t go back to business-as-usual. The truth is, COVID-19 isn’t the primary reason the oil industry is now suffering. U.S. fracking simply can’t compete with cheap Saudi Oil and renewables. We must let the market dictate a shift to green alternatives before it’s too late, rather than continuing to subsidize dirty energy. Taking Trump’s Big Oil addiction to court can be an important step in severing our addiction to fossil fuels.

In more localized news, my part of Indian Country is beginning to feel the impacts of the pandemic, with confirmed cases near both Standing Rock and Yankton. Though we have no reported cases yet on Pine Ridge or Cheyenne River, limited testing means we can’t be sure the virus isn’t among us. We know that COVID-19 could disproportionately impact Native communities, and we’re remaining vigilant during these uncertain times. We organizers are sounding out tribal leaders (from a safe distance) on how LPLP can support public health in the days to come. Please stay tuned for ways you can assist our efforts on the reservations.

Thank you for your support. Wishing you and your family safety and health,

P.S. We must prioritize the health of people and planet during a pandemic — not the extractive industry that routinely jeopardizes both. I ask you to use your voice again to engage your reps and the courts. Together, let’s stop Trump’s Big Oil bailout.