Greetings again from Bear Soldier District on Standing Rock Nation. I thank you for your dedicated action on behalf of the people here. You’ve sent almost 13,000 emails to the nearly all-white McLaughlin City Council and the town’s mayor telling them to suspend utility shut-offs during the COVID-19 pandemic. And more than one of you made anonymous donations to my son’s family, making it possible for him, his wife, and my grandchildren to return to their home. That’s huge. We know the city is feeling the pressure.

Unfortunately, their reaction has been to circle the wagons. Knowing that increased Native representation at City Hall could make all the difference in fair treatment of the town’s tribal people, they are resorting to what we believe are brazenly illegal means to make sure that doesn’t happen.

Here’s what I mean: a mayoral election is coming up on June 9, and my nephew, Hoksila White Mountain, is a promising candidate. A recent graduate of Sitting Bull College with a BA in social work, Hoksila has life experience and growing support from our Native community. He has already been working hard to remedy the utility shut-off problem. 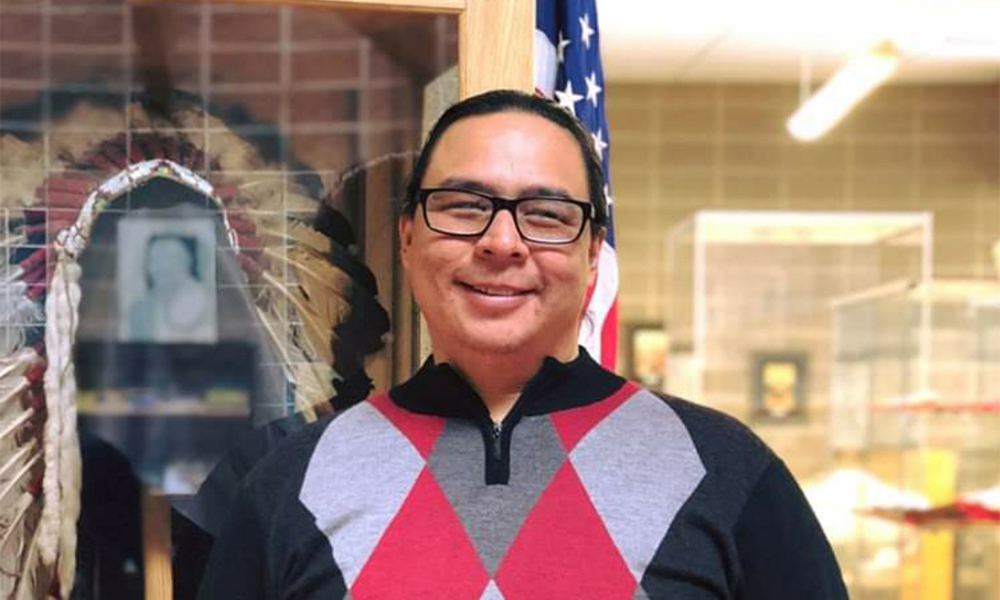 Hoksila White Mountain is being blocked from running for mayor by McLaughlin City Hall.

But now, City Hall has struck him from the ballot. They say they heard through the grapevine he didn’t follow a provincial law requiring him to collect petition signatures himself to enter the race. In fact, he did two separate rounds of signature gathering specifically to meet the standard. Our research tells us he followed all the rules, and yet he was still removed.

Thankfully, our partnership with the Lakota People’s Law project — and with you — could make all the difference. If necessary, the Lakota Law team will take legal action to get Hoksila back into the election.

Please stay tuned, because we’re also investigating which state and/or federal agencies can provide oversight — and we will share an opportunity soon to contact those agencies directly. Together, we are on the verge of creating significant change here in Bear Soldier. With your continued pressure, we’ll ensure that Native people can run for elected office anywhere at Standing Rock.

Wopila tanka — Thank you for helping us change lives for the better!