In Lakota Country, and especially here in the Cheyenne River Oyate, we’re now bracing for the worst, because the Trump administration has asked the Supreme Court (SCOTUS) to lift permit restrictions on the Keystone XL (KXL) pipeline.

An April decision by U.S. District Judge Brian Morris of Montana invoked the Endangered Species Act to limit KXL crossing domestic waterways. That ruling, thankfully, put the pipeline behind schedule and kept my people safer during the COVID-19 pandemic, but everything could change as soon as next week. 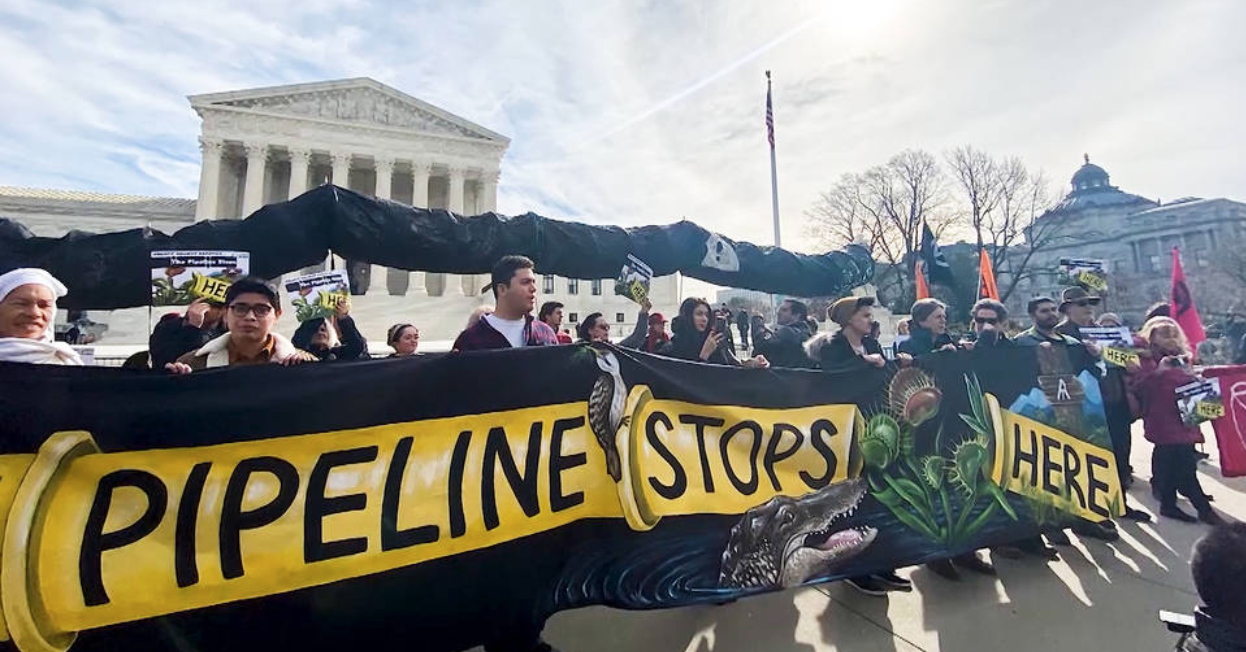 Despite recent, somewhat surprising decisions upholding rights for the LGTBQ and immigrant communities, the Court can’t be relied upon to continue ruling in favor of the people — or the environment — with its current conservative majority.

We expect a ruling from SCOTUS before it leaves session — at the latest, in early July. Justice Elena Kagan, who oversees the 9th District, set today as the deadline for submission of all legal arguments. Without her diligent oversight, the Court might already have given the green light. Now, the environmental groups who brought the suit at least have a fighting chance.

But the reality is, we can’t bank on a third pleasant surprise. As I wrote to you earlier this week, oil companies are adept at finding every end-run available to circumvent proper pipeline procedures. That includes tapping their friends in the Trump administration and Bill Barr’s Department of Justice to try calling in last-ditch favors from the highest court in the land.

As you probably remember, KXL will bring two-man camps — temporary housing for oil workers — near to our reservation borders. These destructive dens of machismo endanger our families by exacerbating the epidemic of missing and murdered Indigenous women and girls. In the age of the coronavirus, contact with pipeline workers could bring even more peril, a key reason why we set up health and safety checkpoints on roads entering our reservations.

So, we prepare again to fight. We’ll maintain our checkpoints at all costs. And, of course, we’ll keep engaging allies from other environmental groups and tribal nations (for instance, we’re already working with a Blackfoot activist in Montana to survey ongoing construction near the Canadian border). We remain vigilant, and I ask that you stay ready to assist us in the likely event that SCOTUS reverts to its troubling pattern of enabling this corrupt, racist White House.