In case you haven’t yet heard, yesterday an appellate court dropped a big decision in the Standing Rock Sioux Tribe’s lawsuit to stop the Dakota Access pipeline (DAPL). Unfortunately, the court’s ruling did not support immediately shutting down oil flow as we hoped. However, the court also failed to reverse the lower court’s decision to vacate DAPL’s permit to pass under Lake Oahe, Standing Rock’s primary source of drinking water. DAPL’s continued operation is now officially as illegal as it is dangerous. 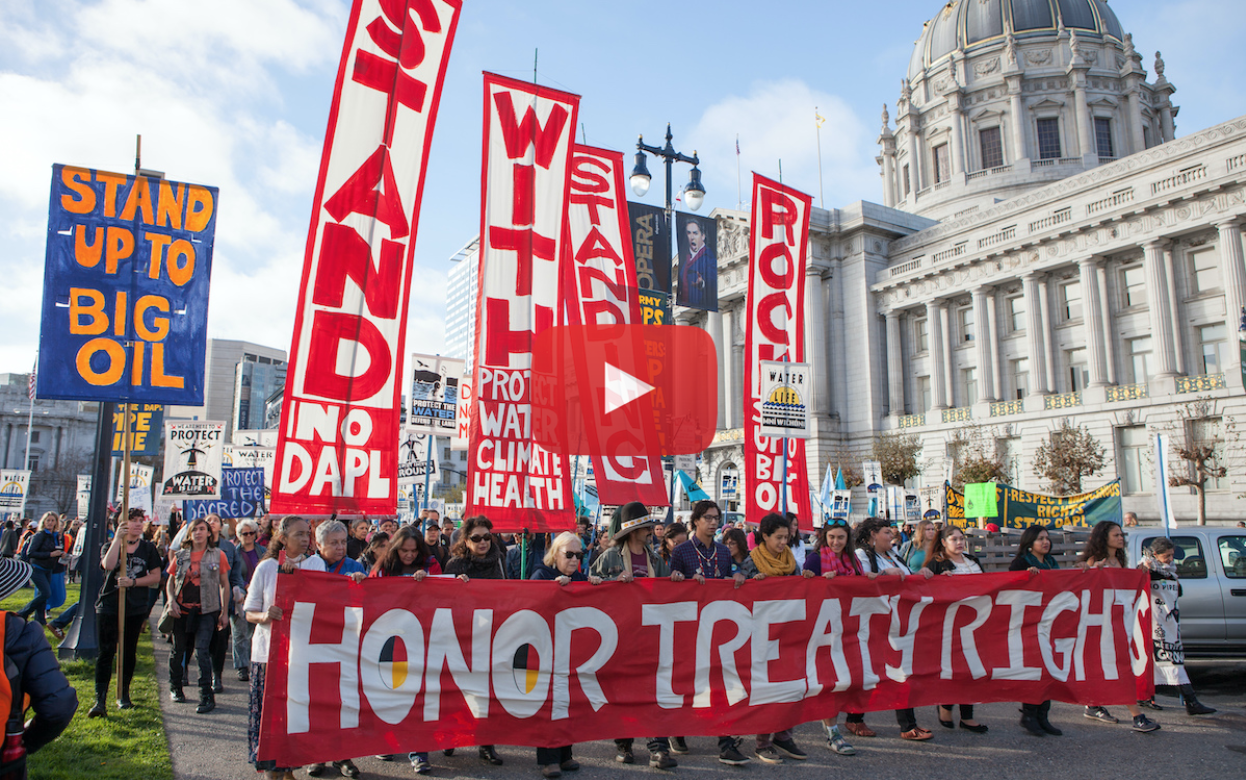 Press play to watch my video breakdown of the court’s decision.

You likely recall that, a month ago, D.C. Circuit Court Judge James Boasberg set a 30-day deadline for Energy Transfer to stop pumping oil through DAPL. Yesterday’s appellate court decision is complex, but it essentially delays that deadline while the U.S. Army Corps of Engineers decides whether to stop the oil given the absence of a permit. The Corps can demand Energy Transfer comply with the National Environmental Policy Act, shut down the oil, and perform a full Environmental Impact Study.

If that doesn’t happen, we’ll see more arguments before Judge Boasberg. Bottom line, this fight now looks likely to stretch into 2021, when a new administration could revoke DAPL’s permits for good. I urge you to watch my video breakdown, stay tuned for more updates, and keep a positive outlook.

The struggle continues, but hope is on the horizon. We remain optimistic, and we must keep fighting with all our collective strength. We won’t stop until this pipeline is emptied and dug out of our sacred ground. I look forward to the day we can gather together at Standing Rock again — this time to celebrate the end of DAPL, once and for all.
Wopila tanka — my eternal appreciation for standing with Standing Rock!