We won! Due in part to your support, Hoksila White Mountain is now sitting in his rightful place on the McLaughlin City Council. On Monday night, equipped with 80 signatures my team gathered from townsfolk and more than 4,500 from Lakota Law supporters like you, we showed out in force. We demanded that promises made be promises kept — and we shifted the balance of power in Standing Rock’s second largest town 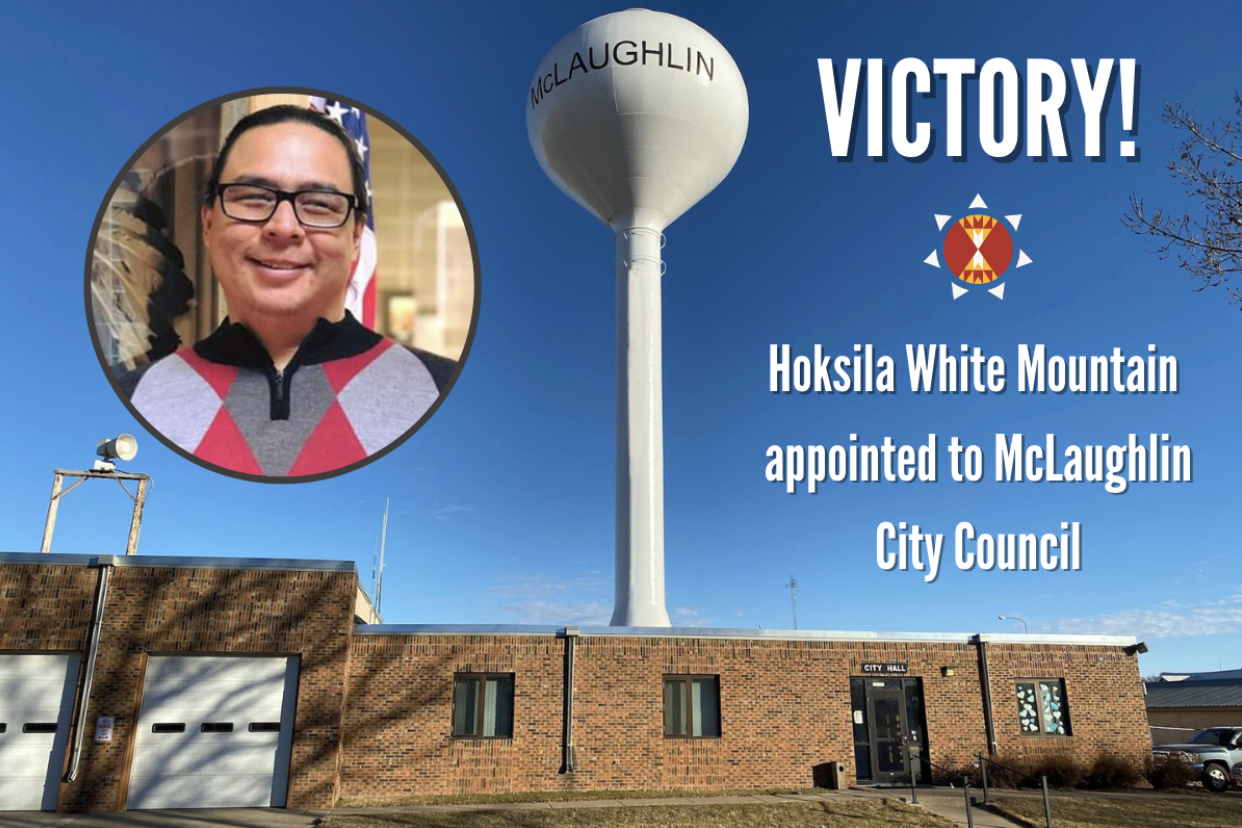 After Hoksila was unjustly removed from the mayoral race in McLaughlin, the mayor agreed to appoint him to city council — but then reneged on his promise. That’s why Lakota Law’s Phyllis Young and Chase Iron Eyes joined a host of my town’s Native residents in pressuring our leadership to do the right thing. The Campaign Legal Center in Washington, D.C. also provided us valuable research into the Voting Rights Act so we could articulate a credible threat of litigation.

Faced with this overwhelming pressure, the majority of the council passed an emergency resolution to appoint Hoksila, on the spot, to fill the empty seat in his ward. He then joined the deliberations as a member of city government. This momentous event means that we Native people, who make up well over half McLaughlin’s population, will now have badly needed representation from one of our own.

Hoksila is the definition of a good man. He honors our ways, he goes to ceremony, and he gives back to the community. He will use his training as a social worker to serve those in need, especially our youth.

While racial tensions persist in McLaughlin — a town named after the man who killed Sitting Bull, and a place we prefer to call “Bear Soldier” — Hoksila’s appointment and presence can help bridge the divide. It is my sincere hope that we will eventually stop looking at the color of people’s skin and start looking at the temerity of their consciences. Until that day, it’s comforting to have Hoksila in position to give voice to our concerns.

Thank you for your action on behalf of my people. Only by laying strong foundations within our local communities can we be effective advocates globally for climate action, fair governance, and other issues of broader concern.

Wopila tanka — thank you for making a difference at Standing Rock!