11/18/2016  I prepared for bad, cold weather by purchasing thermals, warm clothes, and a down jacket. I purchased extra and large sizes so that I can give these items away when I leave the day before departure. I also purchased more memory for my devices and a better camera. I thought I had plenty of time to get packed, the car was not going to pick me up for the airport until 3:25 a.m. Ha, ha, no! I was not even ready and was just stuffing stuff into my bag as the car drove up. I had to get the driver to carry my bags from upstairs because they were so heavy with the winter clothing.

11/19/2016  SMF Airport: Every person there had their heads into their phones. I thought it was funny because I could plainly hear the announcement about keeping one’s eye on one’s bag being played over and over and no one was doing that.

I had to pay an extra $150.00 for the long banner because of its length and I had to check it in as extra baggage.

I embarked and as I walked down the aisle, I could see dawning fear on every face where there was an empty seat. Seriously. I was not being paranoid. I know I am a large woman, but really! It was not a welcome feeling. I am not that large that I would be spilling over into anyone’s space.  Change fear, more like horror. I had paid extra for seats with extra legroom. I had an aisle seat next to two other women. I could see a beautiful dawn as the plane flew over mountains with covered snow. The two women next to me were both on a device throughout the whole flight, one seemed to be typing her dissertation on a tablet. No one spoke.

Except for a guy sitting directly behind me. Was it nerves that kept him talking? He talked throughout the entire flight. He was speaking to the man sitting next to him, but that man was not saying much as the other guy kept talking from one subject to another. The subject seemed to be “Things I Hate” because it was one complaint after another. The topics around this theme were; restaurants, travel, late and delayed flights, news, politics, and weather. I tuned him out until all I remember is blahblahblah and blah.

Arrived in Denver…and it was cold! 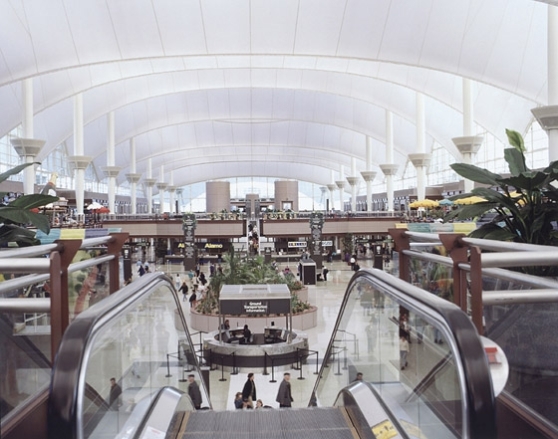 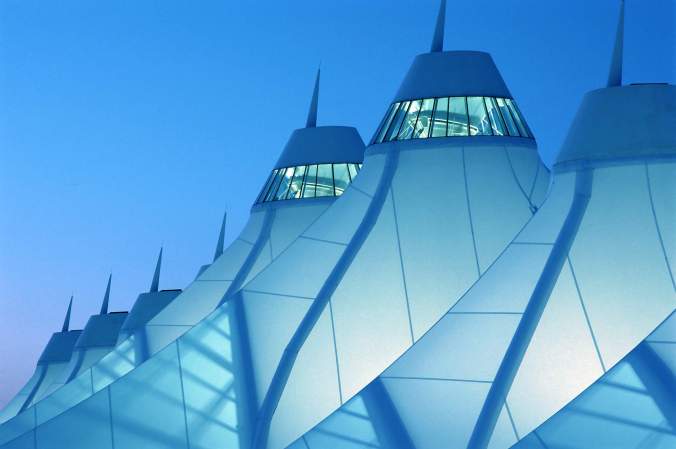 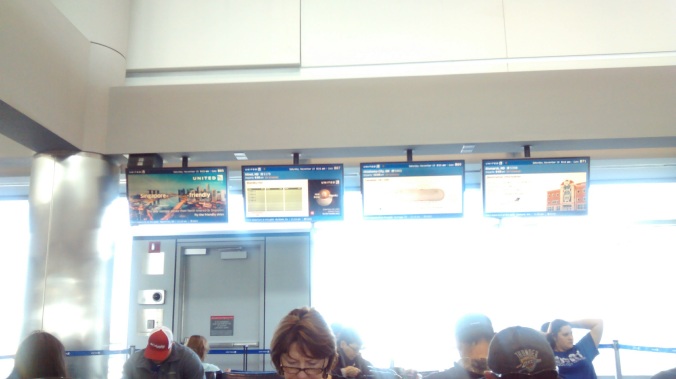 **Notice what most people were doing in front and behind me! LOL  I felt everyone knew I was from California because I was the only one wearing a funny wool hat.

Bismarck, North Dakota To board the plane to Bismarck I had to first get all the way across the entire terminal and was very lucky that they have small shuttle cars that can drive you there! The man who drove the shuttle truly loved his job as he wove through people walking, honking his little horn. I sat next to him in the front seat so we began talking. He told me that he had been in the military, that he was originally from California, and he and his wife loved Colorado since they moved there almost 10 years ago. He also liked to dress up as Santa during the Christmas holidays as he drove the shuttle. This man truly loved his job! 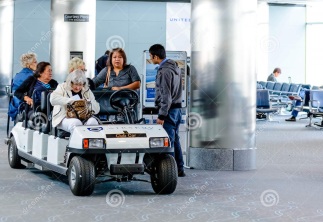 Example of the airport shuttles.

After waiting for boarding, I discovered that one does not just walk down a tube to the plane door! No! I had to walk down two flights of stairs, then down a very long hallway in the opposite direction, then outside across the tarmac to a ramp up to the plane door. I was carrying two heavy carry on bags! Well, I was very glad to spy an attendant with a wheelchair who got me down the hallway to the plane ramp! It was cold, windy, and icy outside!

The plane was a small regional jet and I was really crammed in even though I paid for extra leg room. I do not think I would have fit into a regular seat! So, as I tried to belt myself in, (thank God for belt extenders!) a woman sat next to me. Her name was Leah Fool Bear and she worked for the Standing Rock Sioux Reservation. What luck! We began talking about what was happening with the pipeline, how people do not understand how the indigenous really feel about this injustice, how genetic trauma is a very big problem for a people who were almost wiped out in a genocide that the U.S. still does not want to talk about or acknowledge. Then we shared stories of our own experiences with racism, trying to raise a family, trying to be successful in a racist society, and what we hoped for in the future. I learned a great deal from her about what was needed in the camps at Standing Rock and what attitude one should bring when they arrive. If you are reading this Leah Fool Bear, I truly am glad to have met you and will keep in touch.

Once in Bismarck, I picked up my bags and the box with the banner, then proceeded to pick up the car rental. The agent asked me why I was in Bismarck. I have never been asked this question during past travels and I did not hear him ask others in line either. I just told him I was doing nature photography.

The small SUV I got was a Nissan Rogue. When the agent gave it to me, it was already running. There were no special instructions…more later!

Fairfield Inn and Suites: I drove from the airport the short distance to the hotel. I registered at the front counter and the receptionist asked me why I was in Bismarck. Now, this was the second time I was asked about why I was there, and again, I never heard her ask anyone else who was registering this question. I told her I was a nature photographer.

By the time I got into my room, it was 5:30 p.m. and I was exhausted! I had not had anything to eat, so I ordered pizza delivered and I spent the evening organizing my suitcases – everything had been just thrown in. Then blissful sleep! What a day! 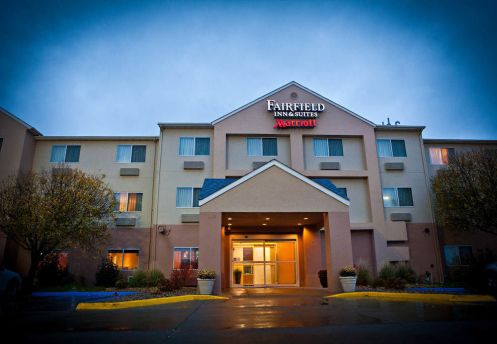