I know, I know, it seems like there is no good news to be found, but do not give up the fight, here is some good news: https://www.motherjones.com/environment/2020/07/the-atlantic-coast-pipeline-has-been-canceled/

The Atlantic Coast Pipeline Has Been Canceled

Despite the Supreme Court win last month, the energy companies are abandoning the project. 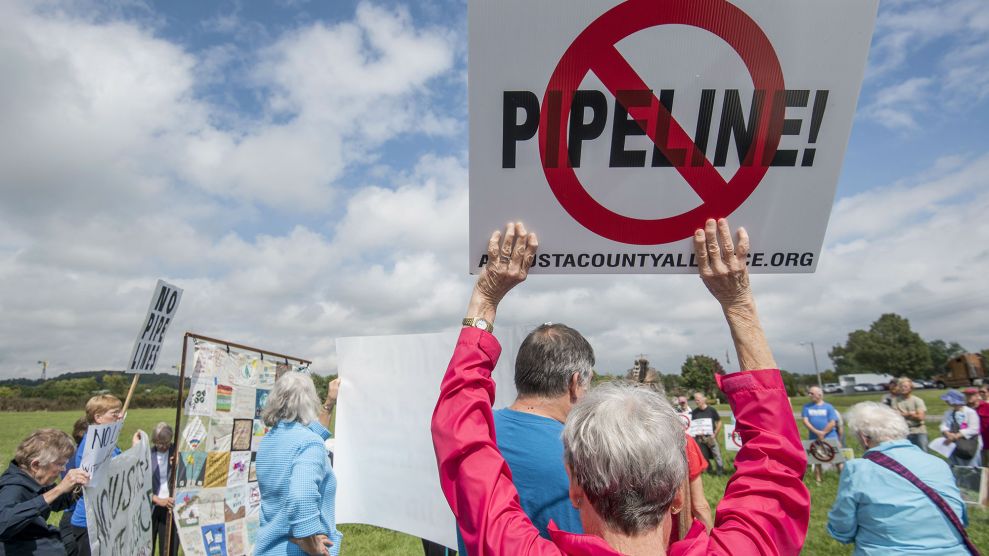 Protesters gather in 2017 at the Virginia Department of Environmental Quality Harrisonburg office in Harrisonburg, Virginia, to speak out against the Atlantic Coast and Mountain Valley pipelines.Daniel Lin/AP

For indispensable reporting on the coronavirus crisis and more, subscribe to Mother Jones’ newsletters.

The Atlantic Coast Pipeline has been canceled, energy companies leading the project announced Sunday, citing “litigation risk” and uncertainty about the financial viability of the project.

The decision to abandon the pipeline is a win for Native American groups and environmentalists, who argued in a Supreme Court case last month that the pipeline was moving forward under an invalid permit issued by the US Forest Service, in addition to presenting a threat to the ecosystem and scenery. The proposed, 600-mile pipeline would have crossed the 2,200-mile Appalachian Trail, which runs through 14 states between Georgia and Maine. Ultimately, the court ruled in favor of the pipeline companies last month, upholding the permit.

On Twitter, Bill McKibben, founder of environmental group 350.org called Sunday’s announcement “enormous” and thanked the “powerful organizing by tens of thousands of great activists” who opposed the project. Former Vice President Al Gore, who also opposed the pipeline, echoed that sentiment in a statement, saying the move was a “testament to the power that exists in frontline communities across our nation.”  (Activists are still fighting the nearby Mountain Valley Pipeline.)

Energy companies Dominion Energy and Duke Energy announced the Atlantic Coast Pipeline in 2014, and although they had already invested more than $3 billion into it, according to the Wall Street Journal, it would have cost an estimated $8 billion in total had it moved forward. “This announcement reflects the increasing legal uncertainty that overhangs large-scale energy and industrial infrastructure development in the United States,” Dominion CEO Thomas Farrell II and Duke Energy CEO Lynn Good said in a statement Sunday. “Until these issues are resolved, the ability to satisfy the country’s energy needs will be significantly challenged.”